What are turret lathes and gang tooling?

What are turret lathes and gang tooling?

For production lathes, tooling is generally either mounted on a gang plate or on a turret. Pure gang tooling is the simplest option. In this mode, the tools are mounted in a row on the lathe’s cross slide.

Which one is better?

Each has its own pros and cons. It depends on what kind of parts you’ll be making. Gang tooling lathe is very hard to beat for smaller diameter short parts that don’t require a tailstock. Turret lathe is hard to beat for versatility and it is necessary when you need a tailstock for your part.

The gang tool change is super fast because it uses slide motion to do tool changes and requires no turret indexing. It moves to the tool change position (different for each gang tool) and moves the next tool into place, then moves straight back.  The most commonly used tools are placed in the center of the gang plate and they only move a small fraction of the distance to the furthest tool change position the turret lathe needs.

Turrets are expensive precision devices with lots of moving parts.  Gang tooling is minimalist.  It involves a few blocks mounted on the cross-slide and that’s it.  The lathe’s normal axis servos and ballscrews do all the work for a tool change.  This means gang lathes can often be a lot cheaper than turret lathes. Gang tooling tends to be cheaper while turret tooling tends to be more costly, but can be larger scale and more robust. Some of the turret lathes standards require quite expensive tool holders in order to accommodate live tooling, among other things.

Simplicity and a reduction in moving parts eliminates tolerance stack up and various kinds of slop (backlash) in the moving parts of a turret. Another factor that gives the gang lathe an accuracy advantage is they’re used to moving shorter distances while machining a part.

This one is closely related to simplicity.  There’s not a lot to go wrong on a gang lathe.  Certainly a turret has all the wear points and parts to break of a gang lathe plus a whole lot more.  If you crash a turret, you may have an expensive repair bill, or you may simply need to realign it.

In addition to length, turrets allow larger diameter parts. The Turret lets you have your cake and eat it too because it leaves room for much larger diameter parts. You can use a tailstock, which allows much longer and skinnier parts than could be made on a gang lathe, though there are some tricks like box cutters that can help the gang lathe do more. 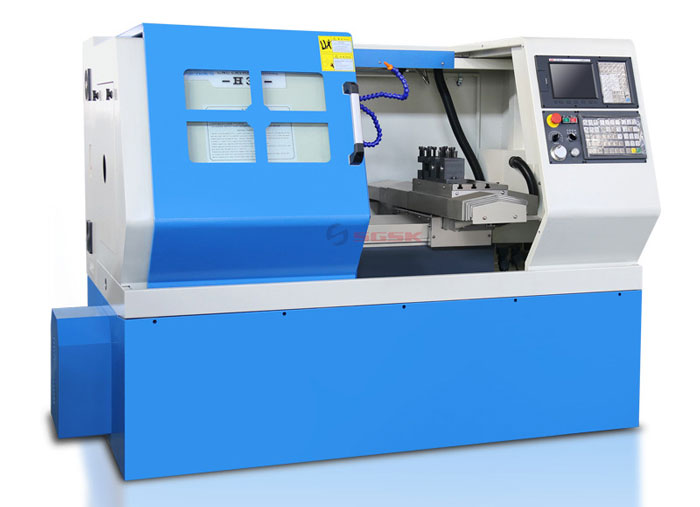 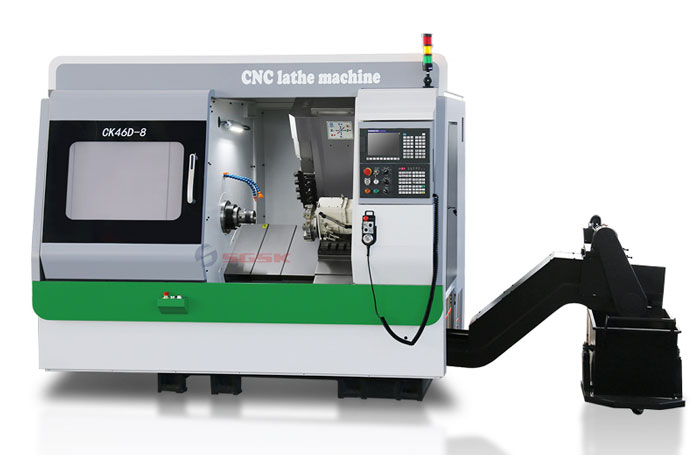 While experienced gang lathe users find programming easy, beginners generally will find turret programming to be easier.  With the gang lathe you have to worry about clearing the part for a tool change.  This can be tricky with different setups and part diameters.  Make a wrong move and a tool crashes into the part.

Refer to the top right picture in the article where every station on the turret has multiple gang tools installed.  That situation has been taken to the extreme and will be fairly complex to program.

This one is related to the Flexibility advantage of Turrets, but they seem well suited to more complex machines that are set up with dual spindles, multiple axes, and other features to accommodate parts that would otherwise require multiple setups. 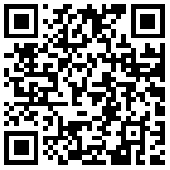